Today is a historic day. A day that has been many years in the making. 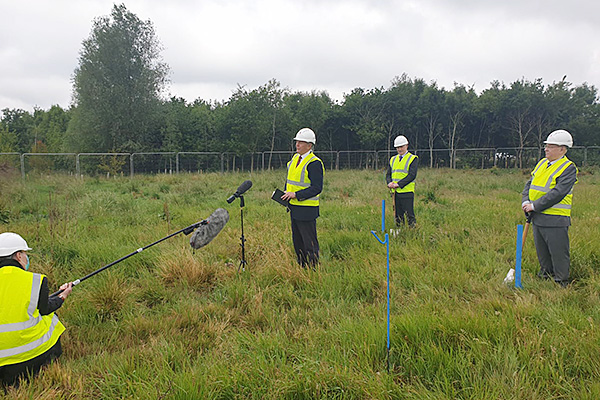 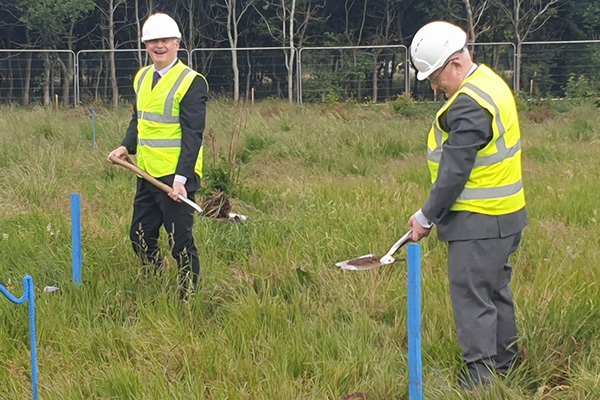 Today is a historic day. A day that has been many years in the making.

When we set out on this ambitious project in 2015 we had no idea how challenging the journey would be. Along the way we have overcome many hurdles and setbacks. But after five years of determination, amazing support and dedicated fundraising we have finally reached the position where construction of the new UK Police Memorial can begin.

We have only been able to reach this point thanks to the generosity of individual benefactors, businesses, grant makers, the government, police forces, staff associations and the wider public. I and my fellow Trustees are so grateful for all the support and tremendous fundraising that has taken place.

I would also like to take this opportunity to thank Phillipa Rawlinson and all the staff here at the Arboretum for their much valued guidance and help along the way.

The National Memorial Arboretum is the place where all our services are remembered throughout the year. A place where people come for quiet acts of contemplation and reflection and a place where large scale acts of remembrance take place. Yet there is no fitting tribute here that honours those brave men and women from our Police service who have given their lives to protect us all. A tribute that is in keeping with the scale of loss that our Police service has suffered over the centuries since the formation of the Bow Street Runners in 1749. Today is the day we change that.

Over the next six months we will see the new UK Police Memorial take shape. It will be finished by Christmas and will be dedicated and open to the public by the Spring of 2021. This Memorial will represent policing at its best and will honour all of those who have died in its service.

It will complement the other policing memorials around the country just as the Cenotaph is complemented by local war memorials in towns and villages and the National Armed Forces Memorial here at the Arboretum.

However, my fellow Trustees and I also felt that it was important today to acknowledge by name officers who have lost their lives specifically keeping others safe and protected from harm. Officers like PC Keith Palmer, PC Andrew Harper and PCs Fiona Bone and Nicola Hughes. On this very day in history our nation lost 5 officers.

It is vital that their sacrifices are never forgotten. It is important to remember the selfless acts of these and other dedicated police officers who have died in the service of the public.

Therefore, how fitting, that today’s ground-breaking is carried out by the fathers of Police Constables Fiona Bone and Nicola Hughes who were killed in Manchester in 2012. Paul Bone and Bryn Hughes have been great supporters and ambassadors for the UK Police Memorial.

Gentlemen, your daughters gave their lives in the performance of their duties to protect others and it is only right and proper that their sacrifice and that of thousands of other courageous officers like them will be remembered here forever at the Arboretum.

The last few months have demonstrated to us all that we live in an uncertain world. Yet what we can be certain of is that every day police officers will go out to patrol our cities, towns and villages not knowing the dangers that they are likely to face or confront. Sadly there are some that never return home at the end of their shift.

The new UK Police Memorial has not only been designed for personal acts of remembrance and reflection by family, friends and colleagues, it has also been designed as a place where a grateful nation can come to say thank you.

So I will now hand over to Paul and Bryn to break ground to mark the start of the build of the new UK Police Memorial that will honour the courage and sacrifice of all of those from our Police service who have lost their lives to keep us safe and protect us from harm.