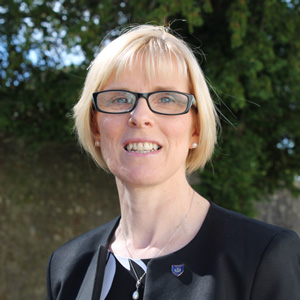 Andrea MacDonald joined Strathclyde Police in 1990 rising through the ranks from Police Constable to Inspector, working in various roles within the Glasgow and Lanarkshire areas and Force Headquarters. During her career she undertook a BA in Policing Studies and a Master’s in Community Safety, becoming the first Police Officer in Scotland to achieve this academic qualification.

“Policing is a job like no other and as has been said time and again, when there is danger Police Officers run towards it whilst others run away.  The duty to protect our communities is deeply ingrained in the members of our Police services even though they know it could lead to the ultimate sacrifice.

Such devotion to duty should be recognised and the Memorial will provide a fitting tribute to those who gave their lives in the line of duty and, more importantly, will ensure that they are never forgotten.  It will also allow family, friends, colleagues and members of the public to pay their respects and to remember the sacrifices made.”