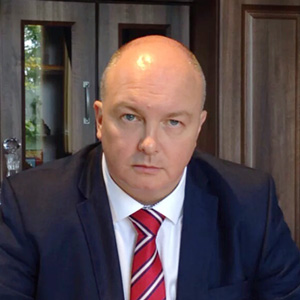 Mark Lindsay joined the Royal Ulster Constabulary in 1987 and served in Aughnacloy, Ballygawley and Cookstown stations in County Tyrone. In 1996 he transferred to No.5 MSU in Newtownabbey. He was promoted to Sergeant in 1999 and was transferred to Ballymena. He subsequently specialised in missing person and police search and co ordinated the security requirements of major events in Northern Ireland.

Mark holds many professional qualifications as well as being a graduate of The University of Dundee.

His current roles include the following:

“For the families and colleagues of those officers who have laid down their lives in service to our communities, the importance of having a national memorial should not be underestimated.

Policing is an extremely rewarding but dangerous profession and when a colleague pays the ultimate sacrifice, this should be marked at a fitting memorial where families and colleagues can reflect and remember. The National Memorial will be a focal point for the Nation to pay its respects to our fallen colleagues.”