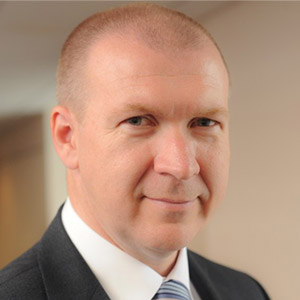 Paul Griffiths is a Chief Superintendent with Gwent Police and has served in both uniform and detective ranks throughout his career. He has performed operational, investigative and organisational roles for his Force. He is a Senior Investigating Officer, Strategic Firearms Commander, Authorising Officer and a Negotiator Co-ordinator. He has led one of the largest Modern Slavery Investigations in the United Kingdom.

Paul has held roles in the Police Superintendents’ Association since 2010 and was elected as Vice President in 2016 and President in 2019. He is an Officer of the Order of St John, holds a BSc (Hons), MSc in Criminal Justice Studies and is a Fellow of the Royal Society of Arts and the Chartered Management Institute. He is a Non-Executive Director with the Board of the College of Policing,  a Trustee with Police Care UK, National Police Memorial Day Charity and National Arboretum Memorial Trust. He is Chair of St John Gwent Council.

Paul is married with two sons and in his spare time enjoys physical challenges, adventures and charity work. He has combined all three to raise money for Police charities, by walking 870 miles around the Coastal Path of Wales,  completing the UK 24 Hours Three Peaks Challenge, cycling over 2100 miles around every Police Headquarters, walking 86 miles along the Hadrian’s Wall Path in 36 hours and 186 miles of the River Thames Path in one go.