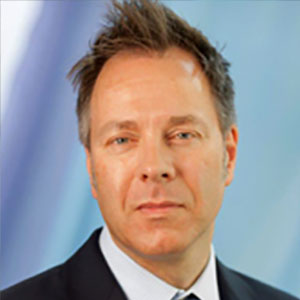 Stephen’s career began in the City as a corporate and financial services lawyer. He then joined Aviva, where he was subsequently appointed as the Executive Director with responsibility for Strategy and Business Services. While at Aviva, he was also Chair of the With-Profits Committee and key subsidiary businesses as well as York Cares, an employee volunteering charity.

Stephen was Chief Executive at Police Mutual between 2009 and 2018 and is now Chief Executive at the Institute and Faculty of Actuaries. He is a founding Trustee of the Police Arboretum Memorial Trust and an independent co-opted member of the Audit and Risk Committee of the College of Policing. He was previously a non-executive director at ALICO UK. Stephen is a Fellow of the Institute of Directors and an Associate of the Pensions Management Institute.

Stephen has been involved in the initiative to build a lasting memorial recognising the bravery and sacrifice of the Police Service since 2010. Of the Trust, he says:

“It is an honour to be able to support the development of the Memorial. I am very mindful that the Police service keeps us safe and the creation of a National Memorial acts a reminder to the nation of the risks and sacrifices made in order to do this and to act as a focal point for our deep appreciation. Police Mutual also supports a number of Police charities and remains sole sponsor of the Police Bravery Awards.”