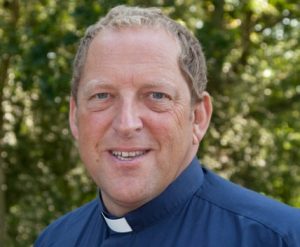 David is the Coordinator of National Police Memorial Day held each September, Chair of Trustees for the Police Roll of Honour Trust, and a member of the National Police Chiefs Council ‘well-being’ group.  He is engaged with Police Charities UK, the Advisory Board of the Police Firearms Officers Association and the College of Policing Well Being Governance Board.

David was ordained in 1988 and in 2007 he was appointed as full time Force Chaplain with Thames Valley Police. In 2009 he was elected to lead the National Association of Chaplains to the Police [NACP] as National Police Chaplain.

In July 2018 David relinquished his role as Lead Chaplain at Thames Valley Police to concentrate fulltime on the role of National Police Chaplain providing a resource for Police Forces, individual Force Chaplaincies, and all related organisations.