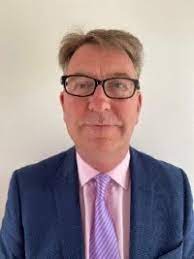 Martin Jelley QPM is a former Chief Constable of Warwickshire Police Force. He worked in policing for 33 years, including as the National Police Chiefs’ Council lead on vetting, professional and ethical standards. He was awarded the Queen’s Police Medal for distinguished service in 2016.

He is now a Commissioner for Standards, responsible for the independent and impartial investigation of alleged breaches of the House of Lords Code of Conduct.